In north-central Texas, just twelve miles east of Dallas, there is a conveniently located city called Mesquite. Mesquite, Texas is situated along U.S. Route 80 in proximity to the junction of Interstate 30 and Interstate 635. Bordered by Garland on the north and Balch Springs on the south, Mesquite is known as the “Rodeo Capital of Texas” and hosts the Mesquite Championship Rodeo. This well-established community has roots dating back to 1873 and was incorporated in 1887. Cotton was one of its primary industries and the population grew slowly, but steadily until 1950. Then the population exploded between 1950 and 1970, increasing from two thousand residents to more than fifty thousand residents. Much of this growth was attributed to the expansion of nearby Dallas. The Mesquite Historical Commission was formed in the 1980s and has successfully preserved much of the city’s heritage and culture. Now known as Historic Mesquite, Inc., the commission continues to work on projects throughout the city.

In addition to an excellent location and a rich, well-preserved history, Mesquite boasts a long list of exciting attractions. In addition to the Mesquite Championship Rodeo, the city is home to a fabulous Arts Center which encompasses a large art gallery, more than sixteen arts groups, and hosts the Mesquite Community Theater, the Mesquite Symphony Orchestra, and the Mesquite Community Band. Other points of interest in Mesquite include Devil’s Bowl Speedway, Rodeo City Music Hall, and multiple historic sites including the Texas Queen double-deck paddle wheeler and the Florence Ranch Homestead of the late 1800s. The city’s proximity to Dallas-Fort Worth afford a wide variety of additional opportunities for entertainment, recreation, shopping, and dining, at destinations that include Dallas World Aquarium and Rainforest, West End Marketplace, Six Flags Over Texas, and Fort Worth Stockyards National Historic District.

Further contributing to the irresistibility of Mesquite are its outstanding housing options. Real estate in Mesquite includes a wide variety of homes ranging from luxury executive homes to modest, mid-century residences. Mesquite real estate also includes acreages for those seeking more space and privacy. The homes for sale in Mesquite vary in age, size, and architectural style, often in relation to the neighborhood in which they are located. For example, the Iron Horse Village development encompasses three hundred and thirty home sites with Mesquite townhomes and single-family bungalows. In contrast, there are older Mesquite homes in the historic Truman Heights and Sherwood Forest neighborhoods. Other noteworthy Mesquite neighborhoods include Casa View Heights, Mesquite Park, Polo Ridge, Trailwind, Trinity Point Village, Ridge Ranch, and Hagan Hill, among others. If you are interested in learning more about currently listed properties in Mesquite, Texas, we would love to assist you, so please do not hesitate to contact us today or at your earliest convenience.

Our website features the best Mesquite real estate search for homes, condos, land and foreclosure properties available. It is the only site you will ever need! It is easy-to-use and updated by the official REALTOR®’s database every 15 minutes.

You can save searches, and get daily email alerts of new listings, price changes, sold data, and market reports. Our Interactive Map Search allows you to view properties on a map or refine your search by drawing the boundaries around the area you desire.

Curious about what’s happening in the Mesquite real estate market? Sign up for a Mesquite Real Estate Market Report to see what’s active, under contract, and sold!

Considering selling or refinancing your Mesquite home? Get an INSTANT property valuation now!

today to find out how we can be of assistance to you!

$390,000
4 Beds ⋅ 2 Baths ⋅ 20171851 MLS ⋅ Courtesy of Ultima Real Estate
This is a beautiful well kept home in the Creek Crossing Estates. It features a nice backyard pool , a gazebo and an attached barbecue grill all great for entertaining. Home has 4 bedrooms , 2 living areas , ceiling fans and crown moldings throughout. It is also in close proximity to the major freeways and the Towneast Mall.

$339,000
3 Beds ⋅ 3 Baths ⋅ 20171689 MLS ⋅ Courtesy of The Hughes Group Real Estate
***PRIDE IN THIS BEAUTIFUL HOME*GREAT NEIGHBORHOOD AND DRIVE UP*NICE SIZE BACKYARD!*YOUR CLIENT WILL BE READY TO MAKE AN OFFER AS SOON AS THEY WALK IN!*GET THEM CLOSED JUST IN TIME FOR THE HOLIDAYS!***

$280,000
3 Beds ⋅ 2 Baths ⋅ 20168873 MLS ⋅ Courtesy of Regal, REALTORS
This 3 bed 2 bath home is the the perfect place to raise your family. It’s in a beautiful well established neighborhood, centrally located to everything. Gorgeous curb appeal, large living spaces, brick fireplace and many more amazing features! Bring your ideas and make it your own!

$245,000
3 Beds ⋅ 2 Baths ⋅ 20171533 MLS ⋅ Courtesy of Decorative Real Estate
Charming one-story, three bed, one and one half bath home in Mesquite, Texas. Offering a spacious living area, kitchen is well equipped with ample cabinet space, granite counter tops with matching backsplash, great sized rooms, tile flooring, carpet in the rooms, plenty of closets, separate utility room, bonus room to use as an additional room or living area, and a huge backyard! Just 3 minutes from I 30, you have easy access to schools, restaurants, malls, and downtown Dallas. Schedule a tour today!

$197,000
3 Beds ⋅ 3 Baths ⋅ 20171414 MLS ⋅ Courtesy of Lochhead Properties
Investor special!! 2 story, 3 bedroom, 2.5 bath, garage converted into a 2nd living area. Cash only - seller does not have a survey. This home has lots of potential. All information is deemed to be accurate, but buyer and buyer's agent to verify.

$495,000
4 Beds ⋅ 3 Baths ⋅ 20158080 MLS ⋅ Courtesy of Divvy Realty
Welcome home to this spacious, single story, single family home on 1 acre in Dallas County. This is a rare opportunity to own a home in an exclusive rural feeling neighborhood with large lots. Spend time inside in your open concept kitchen, living & dining areas. Enjoy your morning coffee on the front porch while catching the breeze from the majestic trees. Invite your loved ones over to take a dip in the pool or ride horses after you equip your new barn. With a 2 car attached garage, 2 car detached garage, carport and long driveway this home is perfect for the car enthusiast. Needs TLC. Put your finishing touches on this house and make it your home!

$315,000
4 Beds ⋅ 2 Baths ⋅ 20171180 MLS ⋅ Courtesy of JPAR - Uptown
This four bedroom Mesquite home is located near plenty of shopping with easy access to downtown Dallas. Recent updates include kitchen granite countertops and backsplash. Enjoy breakfast with the kids by the kitchen island. The primary bedroom has a private bathroom, shower and walk-in closet. The fourth bedroom has plenty of room to be converted to a game or theater room. Washer and dryer connections included. Enjoy the large rear covered patio with family or pets. The rear car port has plenty of room to protect two cars from the weather. This well maintained home is ready for its next long time homeowner, come see it soon!

$230,000
2 Beds ⋅ 2 Baths ⋅ 20169666 MLS ⋅ Courtesy of Fathom Realty LLC
Cute home with spacious bedrooms, walk in closets. Eat in Kitchen with black appliances. Nice size pantry, utility in the garage. Covered patio and fenced back yard. Ready for you to update to your taste!

$365,000
4 Beds ⋅ 3 Baths ⋅ 20161203 MLS ⋅ Courtesy of Keller Williams Realty
This beautiful, well-maintained two-story brick home nestled in a quiet Mesquite neighborhood is in excellent condition and is waiting for you! Tabacco laminate floors throughout and ceiling fans. The first floor features an office currently serving as a child's room, formal dining space, kitchen, main living area, and master retreat. The main bedroom is oversized and features a double vanity, garden tub and shower, and a large walk-in closet. The second floor offers 3 additional bedrooms and a large game room. The backyard provides a relaxing wood deck that backs up to a treed landscape perfect for summer BBQ and relaxing evenings. The seller will need a 45-day lease back. Buyer to verify all info herein. Neither seller nor the listing agent is responsible for inaccuracies. Preferred title company Lawyers Title in Frisco

$170,000
2 Beds ⋅ 2 Baths ⋅ 20171096 MLS ⋅ Courtesy of Keller Williams Rockwall
INVESTOR SPECIAL!! Ready to take on a new project? It does need some TLC on the inside but this 2 bedroom, 2 bath property is ready for you to take ACTION! This home has GREAT bones. It would make an excellent flip-perfect starter home, good for downsizing, it would even make an AWESOME rental. Home is being sold AS IS. CASH only! 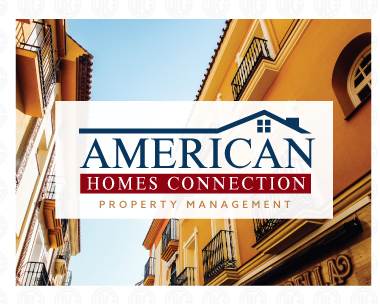 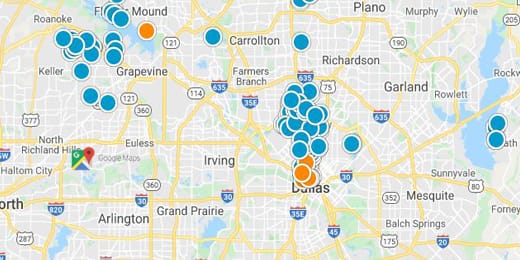